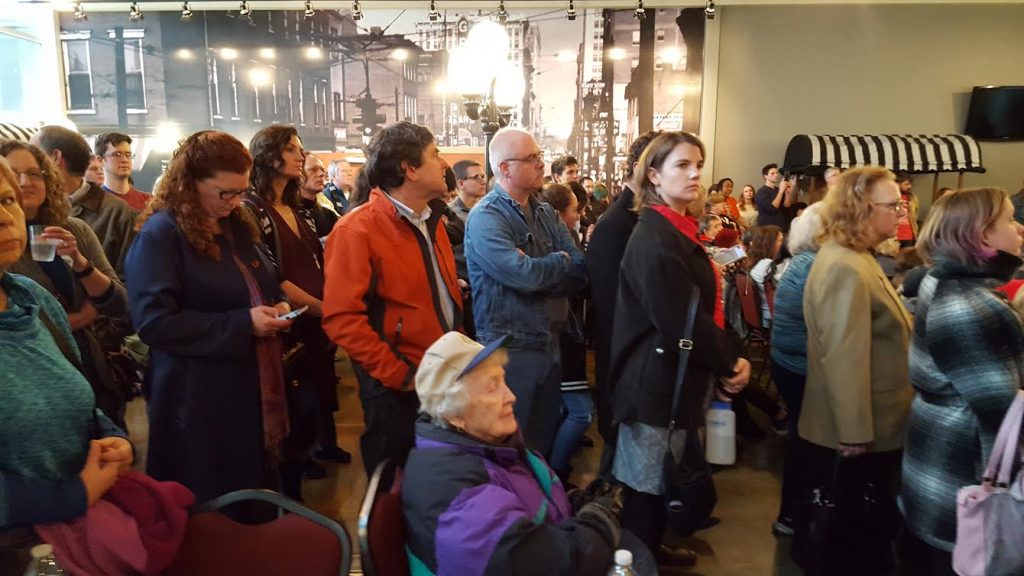 My last blog entry discussed the heart-breaking act of PowerPoint suckery — of ignoring effect in favor of density of information.

Yesterday, I went to a political rally. The rally was in support of the Affordable Care Act. Think what you want about the policy; there is no question that passions are running high. I’m guessing about double the number of people attended as expected, and people on the way in seemed animated and excited.

Yeah, well: that didn’t last long. This was a live-action version of all the mistakes people make in PowerPoint.

First of all, the presenters misjudged the audience. In the journey from attention to action, the people who attended were way ahead of the people presenting. The sponsors held a forum apparently designed to convince people who had already been thoroughly convinced. They cribbed the format of a Congressional hearing, the single most soporific event structure in the history of mankind. A line of politicians on a dais read letters from their constituents and the experts sitting with their backs to the crowd cited statistics. Fifteen minutes in, there were more people leaving than arriving late. An event that could have produced an organized and motivated crowd of activists produced little more than a few pages of email addresses.

Politicians are always going to be risk-averse. They’re going to stay in their comfort zones. But this was horrible, and the PowerPoints were horrible, and I’m guessing if I turn on my TV the coverage of the event will be horrible, too. It’s as if, in moving toward a data-driven society, we’re forgetting the power of passion, of advocacy, of exciting people to action — whether that action is putting pressure on a reticent Senator, investing in a risky start-up, or trying a new product. It’s like we’re afraid to talk loudly and in definite terms, preferring the comfort of numbers and the cold logic of cold logic.

It’s a hell of a thing to take people who care so deeply about something they’ll go out on a cold, rainy Sunday afternoon and turn them into a room with all the energy of a line at the DMV. It’s a lot of power to give away for lack of imagination.