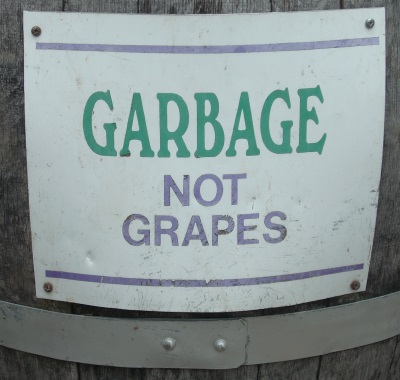 Start things off with a sentence explaining that Beaujolais Nouveau is released the third Thursday of November. Then say the release of the first wines of the previous vintage is a day of great joy in France.

Insert a sentence that gives Beaujolais Nouveau a sense of place and that will point the copy desk toward an easily available stock photo of French countryside. This is a good place, if applicable, to mention that you spent your junior year abroad in France, and how much the French enjoy their wine, and how much it all means to you.

Now it’s time to bring the article back to the local scene. Mention a local wine bar or French restaurant that has a Beaujolais Nouveau promotional event. It’s good if the proprietor is French and has a drinking problem. Encourage him to wax melancholic about his home in the French countryside much like that pictured in the stock photograph.

Insert a quote from the proprietor of the wine bar or French restaurant that shows how festive Beaujolais Nouveau day is, and how much it means emotionally to French people who aren’t in France any more.

Break to a new paragraph that gives some winemaking details, though only enough to show both why the wine is different and that you understand more than you’re letting-on. Mention that French wine laws prescribe the grape and region from which Beaujolais Nouveau must come, so there aren’t American or Chardonnay versions.

Now you need to describe the wine itself. Explain that it’s lighter than most vin rouge, so white wine drinkers should be brave. Try to avoid any serious criticism no matter how awful the wine is. Remember: this is about fun. Allude to the wine’s youth and easy fruit. Mention cherries and some kind of berry that isn’t generally available on grocery store shelves. Use the word “fresh” at least twice. Remind people that it’s best to drink the wine right away, because it’s not made to last.

Insert a quote from a local wine négociant about how popular Beaujolais Nouveau is, and how they sell more and more of it every year.

Describe the scene in the wine bar or French restaurant holding the Beaujolais Nouveau promotion in a way that confirms what the négociant just said.

Feature a quote from a patron of the wine bar or French restaurant that is hosting the Beaujolais Nouveau promotional event. Describe the festive, mildly outré aspect of the patron’s appearance (e.g., she’s wearing a beret) that caused you to chose to interview her, as long as the behavior or appearance confirms how much fun everyone is having with Beaujolais Nouveau. Make sure the person says something charmingly deprecating about the whole idea of Beaujolais Nouveau, which reinforces the fun aspects of the event and makes clear to everyone that you, as a writer, don’t take it too seriously.

Go back through and sprinkle your copy with italicized French words.

Close with some information about where Beaujolais Nouveau can be bought and how much it is likely to cost. If you’re in a hurry and don’t have time to construct a real ending, finish by bidding everyone au revoir.