I needed to dig around in my files for some old magazine work I did. The paper was torn and yellowed. The words on the page were encouraging.

I’m a better writer now than I was then. I mean, one would hope, right? But my own published work from then read as if it were a rough draft today. It got the point across, but a good solid edit would cut adjectives and shorten sentences. It would incinerate cliche and make the underlying stories more prominent, more dramatic. I would relax a little and let my own voice come through.

I dug up three long pieces: a profile of Dan Rather, a feature on Merv Griffin’s war with Donald Trump over an Atlantic City casino, and a throw-away about the owners of the Palm Springs Angels. The articles were more interesting than I remembered, better crafted than I would have guessed. They propelled things forward nicely. What they lacked was a kind of cultural awareness, a depth of context that comes with age and experience.

I’m an older writer now. I lack the manic energy of my time in L.A., cut loose to write about pretty much whatever I wanted. But there’s a richness to my work now that wasn’t apparent then. It’s hard to explain, but it’s real. It’s where much of the value of my current work comes from. 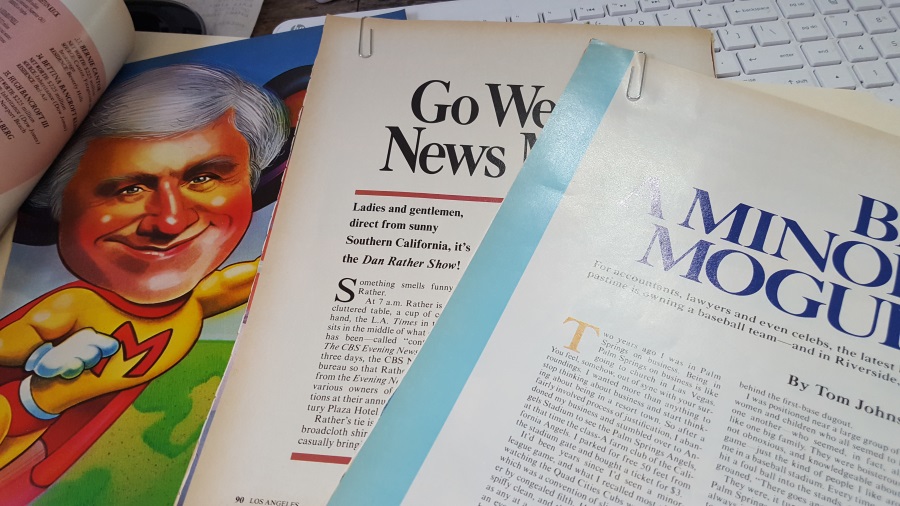